[Any book or work of art] which acts subversively on our future or strikes at the root of German thought, the German home and the driving forces of our people [should be destroyed]. 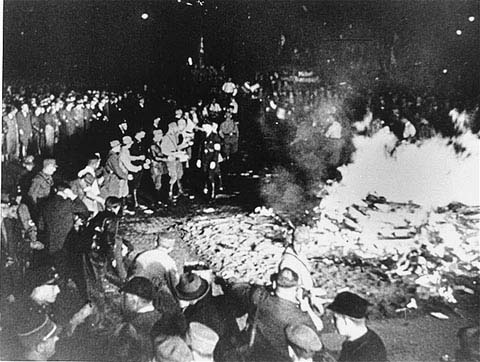 In an open square across from the University of Berlin, 20,000 books were burned in a huge bonfire. Joseph Goebbels spoke at the event to 40,000 cheering spectators. Some of the authors whose books were destroyed include Thomas Mann, Albert Einstein, Jack London, Hellen Keller, H. G. Wells, Sigmund Freud, Emile Zola, and Marcel Proust.

An important, and sometimes overlooked, fact about the book burnings is that they were not instigated by the Nazi government, nor were they instigated by non-intellectual thugs. The book burnings were instigated by university students. The Nazi Student Organization conceived and executed the burnings all over Germany that night. Book bonfires burned brightly in every German university city. The professors had taught their students well.

— Stephen Hicks, Nietzsche and the Nazis 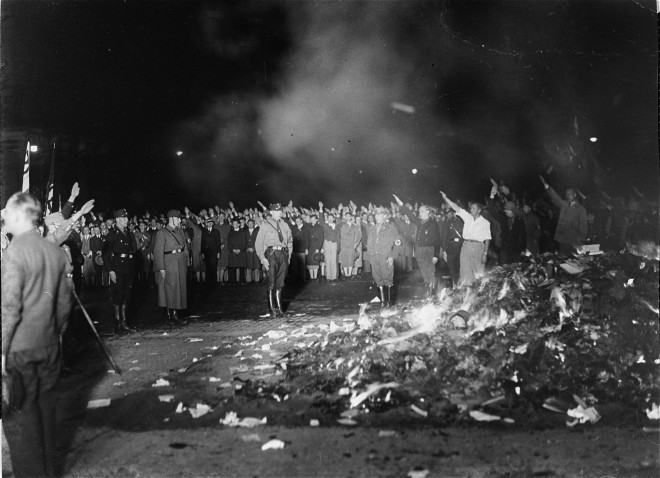