I had heard the Sergeant’s words and understood them thoroughly but they were no more significant than the clear sounds that infest the air at all times — the far cry of gulls, the disturbance a breeze will make in its blowing and water falling headlong down a hill. Down into the earth where dead men go I would go soon and maybe come out of it again in some healthy way, free and innocent of all human perplexity. I would perhaps be the chill of an April wind, an essential part of some indomitable river or be personally concerned in the ageless perfection of some rank mountain bearing down upon the mind by occupying forever a position in the blue easy distance. Or perhaps a smaller thing like movement in the grass on an unbearable breathless yellow day, some hidden creature going about its business — I might well be responsible for that or for some important part of it. Or even those unaccountable distinctions that make an evening recognisable from its own morning, the smells and sounds and sights of the perfected and matured essences of the day, these might not be innocent of my meddling and my abiding presence.

. . . . Or perhaps I would be an influence that prevails in water, something sea-borne and far away, some certain arrangement of sun, light and water unknown and unbeheld, something far-from-usual. There are in the great world whirls of fluid and vaporous existences obtaining in their own unpassing time, unwatched and uninterpreted, valid only in their un-understandable mystery, justified only in their eyeless and mindless immeasurability, unassailable in their actual abstraction; of the inner quality of such a thing I might well in my own time be the true quintessential pith. I might belong to a lonely shore or be the agony of the sea when it bursts upon it in despair. 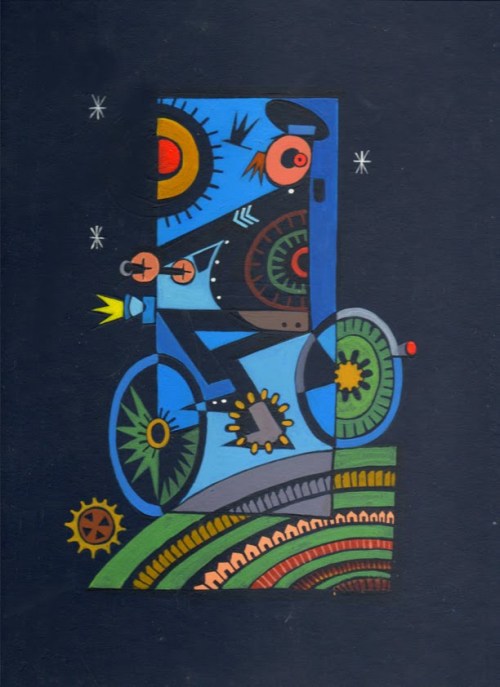