Perhaps only in France could the novelist who was also author, in Vichy France, of antisemitic rants, be considered a candidate for state-sponsored celebration. 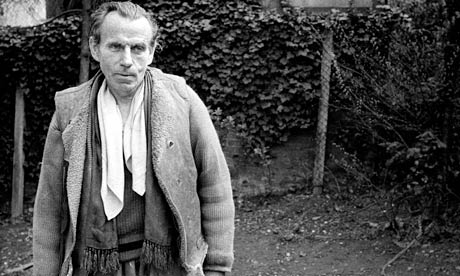 Every year, the French government publishes a list of cultural events and personalities to be commemorated over the next 12 months. Compiling it is a lengthy and carefully-considered process. A High Committee of National Celebrations draws up a provisional list, which is then submitted to the Culture Ministry and, once approved, published in book form. Some 10,000 copies of the Recueil des Célébrations nationals 2011 were printed last autumn ahead of last week’s launch. Frédéric Mitterrand – the culture minister lui-même – had even penned a foreword, proving beyond a shadow of doubt that the project had received his imprimatur. However, when word got out that Louis-Ferdinand Céline was to feature alongside the likes of Blaise Cendrars, Théophile Gautier, Franz Liszt and Georges Pompidou, all hell broke loose.

Serge Klarsfeld, the country’s most famous Nazi hunter and Holocaust memorialist, expressed his indignation in the name of the Association of Sons and Daughters of Jews Deported from France. The Republic, he argued, shouldn’t celebrate “the most antisemitic” Frenchman of his day – a time, lest we forget, when antisemitism was so rife that it led to state-sanctioned Jewish persecution under the Vichy regime. Mitterrand’s decision, two days later, to remove the novelist from the list was logical in light of this backlash, but also somewhat surprising since he must have known that his inclusion would prove controversial in the first place (was he protecting Sarkozy, whose favourite author happens to be Céline?)

Far more surprising, however, was the reaction of the French intelligentsia, who were almost unanimous in their defence of the author of Journey to the End of the Night. Literary heavyweight Philippe Sollers accused the Culture Ministry of “censorship”. Frédéric Vitoux, a member of the prestigious Académie française who wrote a biography of Céline, likened this decision to the airbrushing of history under Stalin. Pop philosopher Alain Finkielkraut feared that some people would draw the conclusion that a “Jewish lobby” was dictating policy to the French government. Bernard-Henri Lévy, another celebrity philosopher, claimed that the commemoration of Céline’s death should have been an opportunity to try to understand how a “truly great author” can also be an “absolute bastard”. Even more surprising, perhaps, was the fact that Serge Klarsfeld himself felt the need to declare that he rated Céline as a “great writer” before going on to describe him as a “despicable human being”.

France is a place where authors and artists are granted a special status – a kind of poetic licence or artistic immunity. In fact, the country continues to view itself, and sometimes to be regarded as, the natural second home of all artists. It is this very liberal attitude which attracted many members of the Lost and Beat generations after the second world war, and that still attracts outsider writers such as Dennis Cooper. Some of the greatest works of contemporary fiction in English – Joyce’s Ulysses, Nabokov’s Lolita or Burroughs’s Naked Lunch – were available in France when they were banned or considered unpublishable in Britain or the US. A telling culture shock occurred on live television, in 1990, when a journalist from Quebec told Gabriel Matzneff that only in Paris would he be feted for writing – however exquisitely – about his amorous liaisons with underage partners (of both genders). Anywhere else, she argued, he would probably end up in prison. The journalist was subsequently depicted as a philistine, unable to appreciate the subtlety of Matzneff’s feelings or the beauty of his style. Baudelaire once wrote that “literature and the arts pursue an aim independent of morality” and, for better or worse, this has clearly become France’s official artistic credo.

Trying to account for this “exception française” is no mean task, but I suspect it has something to do with the elevation of art to the status of surrogate religion during the second half of the 19th century. A similar phenomenon was taking place all over Europe, of course, but it probably had more resonance against the backdrop of the ongoing struggle between Republicanism and Catholicism. Both Flaubert and Baudelaire were prosecuted for public obscenity, but when French MPs called for the banning of Jean Genet‘s The Screens in 1966 (for political reasons, this time), the culture minister (and novelist) André Malraux immediately stepped in to defend the inviolability of artistic freedom. By then, artistic creation was largely considered as a value in itself, beyond morals and politics; even beyond good and evil.

The dominant French view on literature was probably best expressed by Oscar Wilde, who ended his life in exile in Paris: “There is no such thing as a moral or an immoral book. Books are well written, or badly written. That is all.” Not quite, though, in this case. No one is denying Céline’s talent as one of the greatest French writers of the 20th century – probably the greatest, with Proust. Is it possible, however, to distinguish the author of antisemitic tracts from the genius novelist; the man from the artist?